But for now, let’s talk about a great artisan donuts bakery – Bread Ahead Bakery in Borough Market, near London Bridge. I think they’re the best non posh donuts you can find in London, no fuss, just chewy tenderness filled with the creamiest creams and the jammiest jams. I promise.

One thing you don’t know yet about me is that I am an intermittent faster, and I have been since the beginning of 2019. If you’re ever interested in knowing why, how, how long and all those things, let me know and I’ll kindly share the experience.

Let’s not start rambling now, shall we? I want to talk about the best doughnut company in the UK, and possibly, in the whole world. Yes, I am also an exaggerator – big time. Get to know the best doughnuts in London!

I first came across the name Bread Ahead Bakery while looking for the best luxury doughnuts in London. I was actually looking for ring donuts, the kind that has jam or cream in it and loads of that sugary crap on top that brings you the instant gratification you need at times.

Instead, I came across the best gourmet doughnuts in London under the name Bread Ahead Bakery. Boy, I never regretted having chosen that over the rings that I could have gotten from, say, Krispy Kreme. If you type “best donut shops near me” while near London Bridge, you’ll find Bread Ahead Bakery. This Borough Markets donuts stand is located at the entrance of Borough Market.

They sell plenty of different breads, as well as amazing Cinnamon Rolls and Sinner Cinnamon Rolls that I can never resist. Still, if you’d like to have their amazing artisan doughnuts and other kinds of fancy, tasty food, they also have a pillar and mortar bakery is right outside Borough Market.

All you have to do is turn left when you leave the market, and you’ll see the bakers setting up the stand in the morning. Often, there’s a long queue of people waiting to purchase their delish gourmet doughnuts.

The really amazing thing about Bread Ahead, and why I support them as strongly is that it is also a bakers’ school. I love supporting new artists and apprentices and I loved seeing them behind the glass, making dough, and making their dream come true.

The first thing I tried from Bread Ahead Bakery Borough Market was the Sinner Cinnamon Bun. I most certainly didn’t want to miss out on that. Having worked at Ikea Food at some point in my life, cinnamon rolls, buns, and other kinds of cinnamon-flavored goodness are my jam.

When you’ve eaten as much as I have in my life, and have observed consciously what you’re eating, you end up knowing straight away whether the thing you’re going to eat is going to be mind-blowing or absolute garbage.

Seeing those Sinner Buns, I knew. You recognize the value of work and the beauty of artistry when you see them. Sweet, spicy Buns with a thick, slightly sweet cream, something so good that I’m actually salivating while writing the post.

But didn’t we meet here to talk about the best doughnuts in London? And here I am rambling about cinnamon buns.

And so, the doughnuts. We’re around 3 to 4 pounds per Cinnamon Roll and per amazing donut in Borough Market – they’re both honestly well worth your money.

Doughnuts in France are way cheaper so at first, when I ate at donut places like Crosstown Doughnuts and paid more than £4 apiece, I thought people were out of their minds.

But whether we’re talking about Crosstown donuts or Bread Ahead Bakery, those places are absolutely delish. In the end, I’m okay with purchasing those treats less often and enjoying the moment with more saliva in the mouth, you know?

To satisfy everyone’s cravings and preferences, Bread Ahead Bakery offers all kinds of jam or cream-based donuts in their Borough Market shops. Raspberry jam-filled doughnut, Vanilla custard, Pistachio cream… There are more delicious options in this master of donut places in London than anywhere else when it comes to artisan donut.

I love heavy cream, butter and stuff of the like, always have and always will. Let me tell you, that vanilla cream is ointment for the soul. So sweet, so soft, left my palate creamy and comfy for minutes after I had bitten in the most amazing dough I had ever had in my life.

What about the Raspberry one? Tangy, sweet with a real, fresh Raspberry taste that made me so, so happy! I just couldn’t get enough and it was all I could do not to run back to the store to try one of the other permanent flavors. Do yourself a f(l)avor and try one ASAP – you’ll understand why they’re the best London doughnuts. 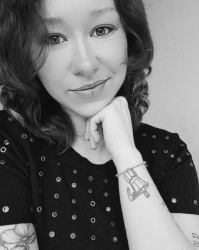 Sam
Sam is a full-time freelance writer currently based in London.
Having previously lived in both Paris and Rome as a fashion makeup artist, she enjoys the freedom that freelancing offers and loves to spend her time seeking out new and exciting spots in London.

Latest posts by Sam (see all)

Welcome to The London Local

We've made it our mission to bring you all the best info on what to do, where to eat and how to plan an amazing trip, in London. Whether you're travelling on a budget or wanting to find the coolest spots and experiences, we've got you covered.